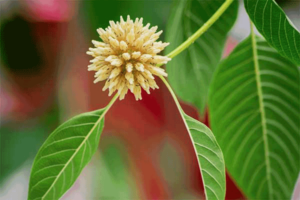 For linking Kava with Kratom we’ve already received several comments from customers already. I understand that many feel that Kratom is the “black sheep” of the herbal family, and it shouldn’t be connected or associated with Kava. But we’re interested in everything related to Kava here at Kava.com, and instead of putting our heads in the sand and pretending there isn’t a growing connection out there, why not explore possibilities and realities instead? In more than a few places, perhaps just to garner some rankings on Google, I’ve seen articles touting the use of Kava for Kratom withdrawal. Now, before dismissing that as nothing more than a means to steer traffic to a site selling Kratom, I wanted to explore this possible relationship more fully.

My first question was whether or not Kratom (Mitragyna speciosa) was addicting. By the way, if you haven’t heard of Kratom by now, I don’t want to spend any time discussing what it is here. There are literally millions of places online to find out what it is. For now, I’ll just link to several respected articles over at Entheology.com; a website devoted to discussion on botanicals with a history of Shamanic use. I liked “Why Kratom was Banned in Thailand“, “Mitragyna speciosa – Kratom“, and “What Kratom is and is Not” as a thorough introduction into this plant.

Personally, we’re not huge fans of Kratom, but it’s in the marketplace, and unless the DEA or individual states make it illegal, it will be with us for quite some time to come. Over in the Kava camp, we know that it can be a panacea of positives. From increasing a sense of well-being, to being an incredibly anxiety-fighter, to being the perfect way to relax and unwind, Kava is the most perfect medicine for all of us here at Kava.com. Personally, I haven’t found a more effective sleep aid that doubles as a perfect help to my often-intense lower back pain. But we’re not here to talk about Kava; were here to discuss Kratom and the possibility of using Kava for Kratom withdrawal.

From my extensive research, it seems that Kratom does have withdrawal effects, but they are in line with coffee withdrawal and far less dangerous or intense than alcohol withdrawal. I hesitate to make certain connections here, because of how easily misconstrued they can be, but just because Kratom operates on the same neural receptors as opiates do, doesn’t mean it needs to be automatically demonized. And I understand that simple having the word “opiates” and “Kratom” in the same sentence. So, Kratom withdrawal symptoms are similar to the mildest cases of opiate withdrawal. Symptoms are very short-lived, there is no medication needed to stop using Kratom, there are no life-threatening symptoms that I’ve been able to find for anyone, no matter how heavy of a user he or she might be, that requires medication or hospitalization.

And, to put this in even clearer perspective, the effects from a single dose of Cannabis can be vastly stronger, vastly more psychoactive than an extremely large dose of Kratom. I know, saying one is worse than the other doesn’t validate consuming Kratom, but again, I offer these comparisons only for context. Kratom seems to have a built-in deterrent of causing nausea in a number of those to try to work with it. And, larger doses of Kratom, even for experienced users, reportedly causes nausea. From one particular heavy user that I spoke with, he said that his dose is completely dependent on the level of nausea he can handle. I know, I know, a knee-jerk reaction might be; “if it causes nausea, then why use it at all?”

So again, I’m not here to judge; I’m just here to discuss the validity of using Kava for Kratom Withdrawal.

I spoke with an Emergency Room personnel and a psychiatrist. Both confirmed that nearly 100% of the time, there was no medication necessary to help someone stop working with Kratom. As with anything, there are always extreme cases, and in Chicago, where Kratom has grown quite popular, both doctors I spoke with had only personally handled 3 cases combined. The problem is that in these 3 cases, with the required drug screening, there was no way to determine whether or not Kratom was a “legal” way of talking about their addiction, when the true culprit could have been opiates such as the very commonly-found prescription medications such as hydrocodone. In other words, when someone comes into the hospital asking for help in quitting Kratom, they may actually be asking to quit prescription medications that contain opiates, in fear of getting into legal trouble if they admit to their true addiction.

Having said that, there are a number of symptoms related to Kratom withdrawal, but again, these symptoms have only occurred in less than 1% of all reported cases, and were all people who had reported an excessively abusive use of Kratom.

Yes on Kava for Kratom Withdrawal

So the question becomes; can Kava help with any of the above symptoms? The answer is a resounding “Yes!” – That list above sounds exactly like the best that Kava has to offer. Let’s take the items in the above list one by one:

So, What’s the Bottom Line?

I don’t doubt this article is biased, but it comes from over 20 years of experience with Kava and over a decade with Kratom. Can we say that Kava for Kratom Withdrawal is an effective, safe, and natural way to help ease the typically mild symptoms that are associated with those who want to cease working with Kratom? Without a doubt. Obviously, there are medications such as Buprenorphine, Naltrexone, Suboxone, and Methadone that are commonly used for opiate withdrawal. And, there are a few extremely rare cases where one of the above medications has been prescribed to an extremely heavy Kratom user, but that needs to be left up to a doctor.

What I have suggested to friends who have wanted to taper down their Kratom use (and this is by no means a recommendation of any kind), is to simply try Kava, to give it at least two weeks, and see what the benefits might be. It’s really a won-win situation because most people can taper their use of Kratom without a whole lot of discomfort. But, why not give yourself every advantage you can by discovering the joy of Kava as you do it? I know, I know; swapping one habit for another isn’t always the best way to roll, but I’ve been using Kava safely for over 20 years (and purposely get blood work every 2 years to ensure my liver is not showing any signs of deterioration that could be associated with my Kava use). I feel that it is the safest, FDA-protected, all-natual dietary supplement that is readily available to help you better your life. Who doesn’t want to have something increase their well-being, or reduce their impatience, restlessness, or general feelings of anxiety?

Kava for Kratom Withdrawal, even though it can be a touchy topic simply by association, is a viable option explore.