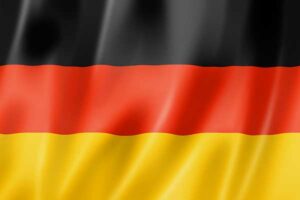 The Law and Kava in Germany

The bottom line in July of 2015 in relation to Kava and German law is simply this: Any non-licensed private individual or entity that tries to have Kava sent to an address in Germany is subject to fines, criminal prosecution, and possible jail time. I don’t want to sound alarmist; I’m just making it clear that anyone who is not a pharmaceutical company or very verified research company cannot import Kava into Germany even though the German Kava Ban has been lifted and all of the original marketing authorizations have been reinstated.

We had many German customers ask us if we can simply be less precise about what is in the packages we were shipping to Germany, but I’m sorry; we cannot do that for any reason as we do not ship Kava to Germany at this time. And, before you get afraid that you’l be whisked off to prison for trying to import Kava, know that German Customs is choosing to do with packages of Kava sent to Germany, either destroying them or simply returning them to sender. For this reason, if you manage to sneak an order from us to Germany, unfortunately it is at your own risk.

Questions regarding shipping Kava to Germany became such a large issue for us here we felt it warranted a blog post. In short, we first thought that Customs agents were unaware that the Kava Ban was officially lifted in Germany February of 2015. We shipped an average of dozen packages to Germany a week, and 6-8 of those packages would either disappear or be returned to us. We couldn’t figure out why.

We first simply added a note about how orders to Germany would be at your own risk, because we originally thought that once Customs agents in Germany became informed, that they would allow more of the packages through.

Simultaneously, we had Kava customers from Germany asking if we could stop stating on our packages that Kava was inside. We had requests to mislabel the products we were sending as anything but Kava. We feel your pain, and we sympathize with your desire to have the freedom to work with and enjoy Kava, but we are unable to mislabel packages or consciously attempt to mislead Customs agents. Sorry for that.

We even resorted to placing a note on the outside of our Kava package, and a duplicate of that note inside the package itself. This label said:

We finally were forced to contemplate blocking orders from Germany completely, partly because of how frustrating it is for both us an our treasured customers, partly because of misleading and untrue statements about Kona Kava Farm and KavaDotCom regarding our German Customers. We wanted to get the truth out there as the law states it, and not from hearsay.

Regardless, as a last ditch effort, we stopped putting “Kava” as the contents of the package, and instead simply put “Dietary Supplement”. But, from the 12 packages were were sending to Germany a week, about 8 of them were still getting outright confiscated and destroyed, or they were being returned to us.

I decided to get in touch with some sort of authority on the German Kava Ban to find out why were were having such an impossible time shipping Kava to Germany. I ended up having the pleasure of meeting and speaking with Mathias Schmidt in in July of 2015. We spent time discussing both his work in getting the Kava ban lifted, as well as the current controversy over two-day (Tudei) Kava and Flavokavain A and B (Please read “An Invented Scapegoat: Flavokawain B”).  I was shocked at what I learned.

It turns out that Kava was never legal for personal use in Germany; it was and is only a prescription medication. This was shocking to us, especially when we read and quoted several articles regarding the lifting of the Kava ban that made no mention of the fact that the ban was lifted only for those who can legally prescribe Kava as a medication.

Dr. Schmidt offers a timeline that gives a quick overview of the history and fate of KAva in Germany, which affected the rest of the world and continues to: