Kava Safety and Side Effects 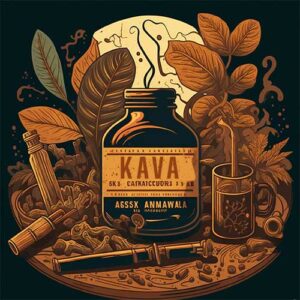 Something on peoples minds when they hear about kava is this: “Is Kava safe?”

The TLDR is simple: YES!

Kava has a 3000-year safety record. Kava only started to see negative information about it in the early 2000s. This was the same time that pharmaceutical companies began to take notice of Kava. This was especially true in Germany, where Kava started to displace popular anti-anxiety medication. Oddly enough, a couple very flawed studies conducted by pharmaceutical companies were conducted, and their false information spread across the internet.

In recent years, using kava kava has only increased in popularity in many parts of the world, including the United States, Europe, and Australia. The plant is commonly used to treat a variety of ailments, including anxiety, stress, insomnia, and muscle tension, and is often seen as a natural alternative to prescription medications.

Despite its widespread use, the controversy surrounding the safety of kava kava lingers. This is mostly due to widespread misinformation that took root across the world.

In 2002, the Food and Drug Administration issued a warning about the potential risks associated with using kava kava supplements, citing reports of liver damage in some individuals who had taken the supplements. However, this study, conducted in Germany mentioned above, has been repeatedly debunked in numerous studies since then.

One of the main pieces of evidence cited in support of the idea that kava may cause liver damage was a 2002 study published in the journal Hepatology, which reported an association between kava use and liver damage in a small number of people. However, this study has been widely criticized for its approach and has been challenged by later research.

Several additional studies have found no evidence of an association between kava use and liver damage.

For example, a 2006 study published in the journal Drug Safety analyzed data from 31 randomized controlled trials involving over 1,800 people and found no evidence of an increased risk of liver damage associated with kava use. Another study, published in the Journal of Clinical Psychiatry in 2010, found that kava was no more likely to cause liver damage than a placebo.

One possible explanation for the discrepancy between these studies is that the association between kava and liver damage may have been overstated in the original 2002 study. This study was conducted in Germany, where kava was banned in 2002 due to concerns about its safety. The authors of the study have been criticized for not adequately controlling for other potential causes of liver damage, such as using other medications or underlying liver disease.

Another possible explanation for the discrepancy? The potential risks of kava may be related to using certain chemicals or solvents during the extraction process. Using a high-quality, water-based extract of kava may be safer. Some experts have suggested that using certain solvents or chemicals in the extraction process may have contributed to the liver damage reported in the 2002 study. That means water-based extracts of kava are generally likely to be safer. 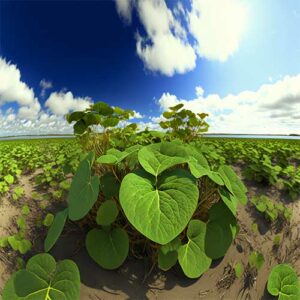 In fact, from our research, we have found that most studies have found no evidence of an increased risk of liver damage associated with kava use. Regardless, it is always important to speak with a healthcare provider before using kava, especially if you have any underlying health conditions or are taking any medications.

One of the main active ingredients in kava kava is a group of compounds known as kavalactones. Experts believe these are responsible for the plant’s medicinal properties. Kavalactones are found in the roots of the kava kava plant. They have a variety of effects on the body, including muscle relaxation, sedation, and analgesia.

Kava has proven its use as a natural treatment for anxiety and stress. Experts continue to study kava’s potential use in the treatment of other conditions. This includes menopausal symptoms, ADHD, and addiction. However, more research is needed to fully understand the effectiveness and safety of kava kava for these uses.

Kava is available in a variety of forms, including capsules, tablets, tinctures, and a dried powder that can be made into a beverage. Kava is often consumed in the form of a drink, which is prepared by mixing the dried powder with water or another liquid. Kava drinks are often served in a social setting and are traditionally consumed in a “kava circle,” where people sit in a circle and pass a bowl of kava around to drink.

While kava is generally considered to be safe when consumed in moderate amounts, it can have some side effects, including drowsiness and impaired judgment, and it may interact with certain medications. In extremely rare cases (0.01%), those with heavy use of kava may also experience allergic reactions to kava, including skin rash and difficulty breathing. It is important to use caution when consuming kava and to be aware of the potential risks and side effects.

Despite the controversy surrounding its safety, kava kava remains a popular natural treatment for anxiety and stress, and is widely used around the world. More research is needed to fully understand the potential risks and benefits of the plant. It is clear that kava kava has a long and rich history of use in traditional medicine practices. It continues to play an important role in the cultural and spiritual traditions of many Pacific Island communities.

The World Health Organization (WHO) has also issued several reports on the safety of kava. The WHO has concluded that kava is generally safe when consumed in moderate amounts and has a low potential for abuse or dependence. In fact, the WHO helped to debunk the widespread false belief that kava has the potential for liver damage.

Despite the potential risks and side effects associated with kava, the WHO has also concluded that kava is generally safe when consumed in moderate amounts and has a low potential for abuse or dependence. The WHO has also recognized the potential benefits of kava, including its ability to reduce anxiety and stress, and has recommended that kava be considered as a natural alternative to prescription anxiety medications in certain cases.

Overall, the WHO’s view on kava safety is that kava is generally safe when consumed in moderation. But, potential risks and side effects that should always be considered.

In case you made it this far, but are unfamiliar with exactly how Kava was used or where it came from: Kava Kava has played an important role in social and ceremonial practices for centuries throughout Oceania for (literally) thousands of years. The plant is often used in the preparation of a ceremonial beverage made from the ground roots of the plant. That drink is believed to have a variety of medicinal properties, including analgesic, anti-inflammatory, and sedative effects. The preparation of the kava kava drink is a sacred and ritualistic process. It’s typically consumed in social settings to promote relaxation and social bonding. Recently, Kava gained massive and growing popularity in the Western world as a natural treatment for anxiety and stress.

This is why we offer it in the form of supplements, tinctures, and teas, and is commonly used for its relaxing and stress-reducing effects.

If you’re looking for more information on the safety of kava, look no further than or own library of articles:

IS KAVA SAFE FOR CHILDREN: https://kava.com/is-kava-safe-for-children/