How Does Kava Make You Feel? 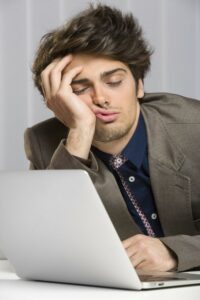 While chemists might be very interested in the specific chemical actions of the kavalactones in kava and their effect on the brain, most of our customers are curious about kava’s effects on a more subjective level; most of them simply want to know, “How does kava make you feel?” Whether it’s kava for sleep, kava for fun, or kava for pain; there are several ways we could answer the question of how kava makes you feel. For one thing, any given preparation of kava will contain up to 18 separate kavalactones, each with some tangible or psychoactive effect. Moreover, there are several distinct strains of kava grown in the South Pacific and Hawaii today, all with their own unique profiles of kavalactones and thus their own subtle differences in effect.

In general, drinkers of kava attest that it makes you feel relaxed, enhances calm and lowers anxiety while promoting sociability. Higher doses can generate feelings of gentle euphoria, with greater sedation and mild motor impairment. Many people have said that in lower doses, kava’s effects feel like those generated by alcohol or certain kinds of anti-anxiety medications, but without the dizzying or nauseating side effects. How does kava make you feel calmer, you ask? Well, some studies by researchers in the field of anxiety treatment have discovered that many kavalactones seem to affect the same pathways in the brain as certain diazepine drugs prescribed for anxiety! And, with our extensive 25-page study on kava for anxiety, we’re able to legally make the claim that kava is a remedy for anxiety. Not many over the counter dietary supplements can say that!

Many people compare the way kava makes you feel to the buzz from drinking alcohol, probably because both alcohol and kava are muscle relaxants, encourage sleep, and can relieve social and general anxiety in users. However, there is much evidence to suggest that kava’s effects are gentler on the body both in the short and long term. Many people have attested that they feel a sense of relaxation and reduction in anxiety with kava, but without the attendant mental dulling and blurred thinking that often happens with alcohol. Furthermore, sleep studies comparing the duration and quality of sleep between people who took either alcohol or kava discovered that people who took kava reported experiencing a much deeper and more restful sleep than those who had consumed alcohol. In some cases, kava users even stated that they felt their sleep had been more restful after using kava than if they hadn’t taken any herb at all. Finally, unlike alcohol, regular kava users don’t seem to build up a resistance to kava with continued use, which means that kava doesn’t require a person to consume more over time to generate the same anxiolytic effect and thus has a lower potential for addiction. Kava will make you feel just as happy, content and relaxed on your 1000th bowl as on your first.

The delivery method you choose will also impact how kava makes you feel. Many herbal supplement stores now sell kava in extract and pill form as a sleep aid — and in these formats, mild sedation and restful sleep is about what you can expect. For a more enjoyable kava experience, a kava brew or tea made from the dried or fresh root is the way to go. A properly prepared kava brew should give you a feeling of relaxation, sociability, and overall well-being about 30 minutes to an hour after you drink it. How kava makes you feel physically depends on the strain of kava, the way you consume it, and the dose you take, but many users attest that moderate doses of kava will ease muscle tension and can often temporarily relieve troublesome aches and pains. Some people have also reported feeling a bit like they were floating after ingesting really good kava.

Experienced kava drinkers also like to point out that there is no one “kava”, but rather several different strains of the kava kava plant scattered throughout the South Pacific. Each strain can have its own unique personality when it comes to how that particular brew makes you feel. Some strains of kava induce greater euphoria, others make you feel upbeat and energized, while still others may inspire personal introspection and a contemplative mood, and work best as a meditation enhancer. On the Hawaiian Islands, certain kava strains were even restricted to the nobility because of their uniquely potent physical and mental effects!

One of our favorite ways to discuss Kavalactones is through the YourTube Video called Kavalactones Decoded. This video discusses the science behind why different Kavalactone lineups can make you feel differently. If you’re looking for Kava for sleep, you may want to choose a lineup of 5-2-x. If you’re looking to be energized, then look at a 2-4-6 or a 4-2-6. In a few short minutes, you’ll be an expert and talking Kava like a pro!

The setting in which you take kava can also affect how kava makes you feel: traditionally, Pacific Islanders would drink kava in the evening in a hut or room with dim lighting, as kava can sometimes make users sensitive to light. You’ll probably get the best effects from kava if you wait till evening to take it recreationally, though you can also take kava in small doses during the day as an anxiolytic. Our employees here at Kava.com often take Kava tincture during the day to help them get through difficult days. The tincture is a really good instant fix, and doesn’t make anyone here sleepy.

We hope this overview has given you a good idea of how kava can make you feel. As with many herbs that have broad effects on the body and mind, there are multiple ways kava can make you feel, just as there are multiple ways to enjoy and benefit from this calming South Pacific herb. Also, remember that Kava can be cumulative. The more you take it on a daily basis, the more you will become familiar with the effects, the more you will notice and appreciate the subtleties of the Kava feeling. We know no other sensation that comes close to the panacea of positives this safe and effective supplement can provide, and for us, it’s True Kava Love through and through.