Those of us who’ve ever reached for a glass of wine or a mixer at a party or club are well-acquainted with alcohol’s ability to loosen inhibitions and reduce social anxieties. Although indulging in alcoholic drinks can make it easier to relax and have fun in social situations, drinking can also have negative consequences for your physical and emotional health, which is why many people are interested in finding healthier alternatives to alcohol. Kava kava (Piper methysticum) the relaxing brew used for centuries at social gatherings in the South Pacific, is emerging as one of the most popular alternatives to alcohol available today.

Alcohol is probably the most ubiquitous drug of choice in the Western world, more so even than tobacco. It’s become such a staple of celebrations, parties and social gatherings in the West that we tend to forget just how great an impact alcohol can have on our short and long term health. Although alcohol can be enjoyed quite safely in moderation, it also starts to impair your judgment and cloud thinking after the first drink; a lot of habitual party drinkers can get into trouble because they lose track of how much alcohol they’ve had and drink too much, leading to over-intoxication.

While we’ve all probably had a laugh at the drunken antics of injudicious acquaintances and friends, there are some not so funny statistics out there about the consequences of drunkenness— the most visible is the high rate of fatal car crashes resulting from drunk driving. Those who overindulge in alcohol can also experience alcohol-induced short term memory loss — often called “blackouts”— and alcohol poisoning. Even less severe alcohol intoxication can result in a worsened quality of sleep and hangover the next day.

Furthermore, some people may not be able to consume alcohol due to health reasons such as pregnancy, a scarred or weakened liver, or a former alcohol abuse problem. Especially for people recovering from alcoholism, finding alternatives to drinking alcohol may be essential to finding their way back to a normal life: they want to be able to relax and have fun at a party without worrying about relapsing into a potentially life-threatening pattern. This can be tricky because so many social events in the West, both public and private, incorporate alcohol in some way.

Why is this so, given the negative impact of alcohol abuse and misuse

Part of the reason may be chemical, according to emerging evidence about how alcohol affects the brain. Recent studies performed on rats revealed that alcohol consumption increases the production of a protein called CREB in the amygdala region of the brain: having higher levels of this protein may correlate with reduced anxiety compared to people who have inadequate amounts of the protein. The scientists heading the study have suggested that people with anxiety issues may be suffering from lowered amounts of CREB, and thus may be more prone to self-medicate with alcohol to calm themselves, especially in social situations. However, turning to alcohol to calm your anxieties has the serious drawbacks of over-intoxication and potential addiction attached to it. There is a fine line between drinking enough to lower your inhibitions, and drinking too much so that you lose control over your actions.

If you want to find out the true damage of alcohol to the liver, this is a good reference from John Hopkins.

Kava Instead of Alcohol 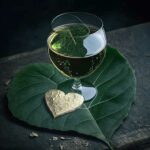 As one of the alternatives to drinking alcohol, a kava kava brew has many of the same calming and anxiolytic benefits. Unlike alcohol, it leaves your mind clear and doesn’t interfere with your ability to make judgments. Kava can greatly ease social anxieties and promote sociability while leaving you alert, oriented and aware of your surroundings. Moreover, unlike alcohol, kava actually encourages restful sleep, meaning that an evening of kava drinking won’t interfere with your rest or leave you wrung out with a hangover the next day. And with the plethora of capsules, tinctures, drink mixes, and other convenient forms of kava available, you can easily take this alternative to alcohol anytime in the day when you need a dose of calm.

In the South Pacific, where alcohol was unknown until modern times, indigenous people used and still use kava to mark many of the social occasions we celebrate with alcohol in the West: holidays, birthdays, anniversaries and festivals may all be toasted with a bowl of kava. Furthermore, because kava is powerfully calming without inhibiting your thinking or speech, you can take kava at any time of the day— either just to relax or to prepare yourself for a potentially anxiety-producing situation such as a plane ride, dental appointment, date, or presentation, to name just a few. This versatility and ease of use is yet another reason kava is becoming one of the most-preferred alcohol alternatives on the Western market.

Many “kavasseurs” most prefer a bowl or cup of kava as a way to chill after the workday, when they can fully enjoy this mellow brew’s relaxing and pleasurable effects either alone or with friends. Can the introduction of a “kava happy hour” in bars and pubs be far off? Or, will we continue to see Kava Bars sprouting up all over the world as Kava gains popularity?