Kava Benefits and Side Effects 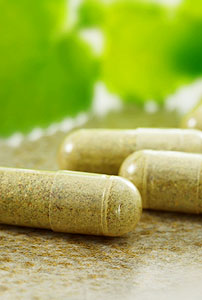 Whenever you look into any new herbal remedy, kava benefits and side effects are some of the first factors you should consider in determining if an herb is right for you. Kava has been used medicinally for hundreds if not thousands of years in Polynesia, Micronesia, and Hawaii, as well as a recreational beverage for relaxation and tension relief. It has proven, over thousands of years, that it has far more benefits than side effects, but it’s important to educate yourself about what exactly those are.

Some studies into the effects of kava on the brain demonstrate that potentially, kava can benefit people who suffer from social anxiety and stress by calming them in a way similar to benzodiazepine medications such as Valium or Ativan, although we would never compare a natural dietary supplement’s effects to any prescription medication.While kavalactones (the class of active compounds in kava) reportedly affect the same pathways in the brain as Valium, kavalactones do not seem to impair your ability to think and reason clearly, nor do they make you drowsy if a small amount is taken. In clinical studies, about 70 to 210 mg of kava seem to be effective against social and general anxiety, while between 60-150 mg can help people overcome persistent insomnia. However, since one of the side effects of kava can be slight impairment of coordination and drowsiness at higher doses, we do recommend that you refrain from driving after taking kava in any form.  One of the best ways to ensure an accurate dose of Kava when looking for these varied effects, is to take Kavalactone 30% capsules. Each capsule is 150mg of Kavalactone, making it easy to choose the benefit of helping with sleep, or anxiety.

Another of the medicinal benefits of kava is as an analgesic, or painkiller, for which kava has also been traditionally used in the South Pacific. Indigenous islanders use kava to treat arthritis pain and to reduce overall chronic pain; to treat dysmenorrhea (menstrual discomfort); to relieve tension and pain in muscles; and even to treat asthma and urinary tract infections. I have personally convinced my mom, who suffers from sometimes intense arthritis pain, to take Kava. I got her Kavalactone 30% Capsules, and some tincture. She loved it, and although it was difficult to get her past the hype about the side of effects of kava in relation to the liver, she nows sees how beneficial this natural supplement can be to help raise the quality of her life.

Some of the mild side effects of kava usage include impairments in coordination, sensitivity to light (one reason why kava is traditionally consumed in the evening), and muscle weakness (or abnormal tonicity). Numbing of the lips and membranes of the mouth is another of kava’s side effects. This is often considered the sign of a potent high-quality brew among kava aficionados, though. If used very heavily over a period of time, kava side effects expand to include redness in the eyes, shortness of breath, and an unappealing but benign skin condition called kava dermopathy. Kava dermopathy is a side effect where a heavy kava user’s skin becomes scaly and yellowish in patches. This happens most commonly on the arms and chest. Far from being harmful, kava dermopathy was actually considered a status symbol in ancient Hawaii.

If you had the condition, it was a visible sign of your easy access to lots of potent kava brew! And, know that once your over-use of Kava stops, the dermopathy disappears completely within a week or two. For this to manifest, it requires an enormous amount of kava consumption. Even in my heaviest times of kava use, where I was consuming about 1,000mg of kavalactones a day, I never felt any of these side effects. I’ve never known any of my friends who are regular kava consumers to experience any of these side effects either. Other friends own a kava bar and have regulars who’ve been coming to them for years, and they have yet to see a single case of someone who has reported negative side effects beyond an upset stomach or the rare case of dizziness.

Equally as rarely, about 2.3% of people tested in initial open trials of kava’s effects report a variety of ailments. The list includes side effects such as stomach upset or gastrointestinal discomfort, tremors, headache, dizziness, restlessness, or drowsiness. (However, if you’re using kava as a sleep aid, this last effect might seem more like a main benefit of kava.) And remember, out of this tiny percentage, other factors weren’t taken into consideration such as whether or not people consumed the kava on an empty stomach, whether they were on any medication or had consumed alcohol, and so on.

Also, not everyone experienced all of the side effects listed above. That means even a smaller percentage (less than 1%) felt specifically a headache, and another (less than 1%) felt dizziness.  Also, it’s important to note that not everyone in the audience was familiar with the effects of anything that might be psychoactive on the brain other than alcohol or coffee. So, the very tangible effects of kava can be disorienting to some who are unfamiliar with that kind of a sensation. So, some who listed “dizziness”, once they become more familiar with kava, might change their minds about the initial reported effects.

In some extraordinarily rare cases, kava kava can cause more serious side effects. This has been limited to people who have a history of liver disease or a weak liver due to infection with Hepatitis B or C, or long-term heavy alcohol usage. Kava is traditionally prepared from only the root extracted into water, and according to an extensive Kava Study by the World Health Organization, that process is liver-benign. But, like any herb you may choose to ingest, your liver has to work to metabolize kava just like anything else. If you have a weak liver, it’s best to avoid taking any drug or herb that may place an undue load on your liver. Kava is certainly not one of those supplements to worry about, and again, any water-extracted Kava has been conclusively shown to not have any ill effects on the liver.

In terms of drug interactions, because of its tranquilizing effects, it has the potential to react negatively with any drugs that affect the central nervous system. This includes sleeping medications, depressants like alcohol, benzodiazepines such as Valium, antipsychotic medications, and medications used to treat Parkinson’s disease such as levodopa. What generally gets reported, is that the effects of kava kava were intensified, or the effects of the medication or alcohol was intensified. Some people think this is a good thing, but until you’re familiar with kava, how it affects your system, and have worked with it for some time, we highly recommend keeping your kava intake separate from any other potentially-psychoactive substance you might take.

There are a few simple measures you can take to reap the benefits of kava while minimizing your risk of incurring any harmful side effects. First of all, it’s prudent to always consult your doctor before you begin using any herbal supplement, including kava. This step is of especial importance if you have a liver condition, take any of the medications listed above, or if you consume alcohol on a regular basis. Furthermore, when you’re looking for a kava product, whether as a root powder, pill, tincture or drink mix, only buy from vendors that guarantee their preparations are made using only the root of the plant. In the case of tinctures and other concentrates, it’s best to buy products made using chemical-free methods, such as CO2 cold extraction or simply water and ethanol extractions.

The purity of effects you feel and benefit you gain has everything to do with the quality of kava you consume. We’ve been doing it for nearly 2 decades here at Kava.com, and we have spent much of that time perfecting our extractions processes, including the purity of each process.

If you want to take kava therapeutically for anxiety or sleep, make sure to follow the FDA’s dosage guidelines of no more than 290 mg of kavalactones per day. Do this at least until you’re more familiar with how kava affects you. Reportedly those throughout Oceania have consumed anywhere between 1,000 – 3,000 mg of Kavalactones every single day with no ill effects. But that is from a culture steeped in Kava. Everything in moderation, and you’ll more than likely be better than fine: With so much discussion about any potential dangers of Kava, we can sometimes forget how effectively kava can increase your overall quality of life.

Any potential rare side effect, to me, vastly outweighs all of the positive kava has brought to my llife and the lives of those around me. And, in decades of kava consumption, with regular doctor visits that also check my enzyme levels, I am happy to report that I am far healthier than I was before kava became a daily part of my life.

Lastly, the FDA also recommends a one-week break after 1-2 month’s use, to give your body a rest, and that you not take kava habitually for more than three months without considering seeking a physician’s advice. We like to think that kava kava benefits outweigh the side effects, which for the most part are negligible and easily avoided with conscientious kava use. If you follow the guidelines above, you should be able to reap the benefits kava kava has to offer effectively and safely. As always, just be smart. Don’t over-consume on kava on your first try, and work your way into it, slowly, observing the benefits gradually, slowly increasing your dose as you see what happens.