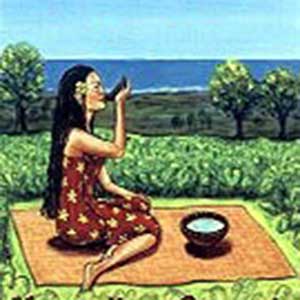 “What makes good drinking kava?” – This is a question we’ve been asked countless times, but have never blogged about — until now! The answers may not be as obvious as you might think, so I’m excited to clear up some misconceptions, and empower you to make more informed Kava decisions.

Speaking of, when it comes to good drinking Kava, or Kava consumption in general, we ignore the leaves, stalks, and stems. These are thought to be poisonous, and any reputable Kava manufacturer wouldn’t dream of using any part of the Kava plant except for the roots. So, when we’re referring to drinking Kava, we’re talking only about the roots of the Kava plant. And the Kava root is a complex character, consisting of lateral roots, underground roots, and the stump. The stump is typically made into something called “kava chips”. Kava chips have far less kavalactone content than underground or lateral roots, but can be far more pleasant to drink.

Then, there are the lateral roots, which many think are the most desirable part of the root, partly because this is where the highest concentration of Kavalactones are in the Kava plant. Although it’s true that the lateral and underground roots have the highest concentration of kavalactones in the kava plant, they’re not necessarily the most “drinkable” parts of the plant. Typically, lateral roots can be harsher to drink, and a Kava drink made only from lateral roots can often induce nausea in the Kava drinker.

This is why the best Kava drinks and the best Kava, is a harmonious blend of both the Kava chips and the actual Kava roots. While the KAva roots provide the punch and high Kavalactone content, the Kava chips help to “mellow” out the harshness of the lateral roots, and make for a much more pleasant drink. It also makes a drink that’s far easier on the stomach than one made from just the lateral Kava roots alone.

In fact, when we serve 3 kinds of Kava to friends and family, the result is always the same. We make 1 bowl of Kava from only chips. We make a second from only lateral roots. We then make a third from a 50/50 blend of Kava chips and lateral roots. There are a few consciousness alteration fanatics who prefer the intensity of the lateral roots only Kava, but the overwhelming percentage of imbibers much prefer the smooth, drinkable quality of the Kava that has been prepared with an equal blend of Kava chips and lateral Kava roots.

Over the years, we’ve even tried different percentages of chips versus laterals. We keep coming back to Mother Nature’s favorite blend, which is 50% Kava chips, and 50% Lateral roots. And, surprisingly enough, when we harvest a Kava plant, about 50% of the harvest is made up of chips, and 50% of the harest is made up of latereal roots. So, it makes it easy to make a smooth-drinking Kava blend that’s easy on the palette and easy on the stomach.

We’re not sure exactly why a 50/50 blend makes for such good drinking Kava, but throughout the history of Kava consumption, the traditional recipes for Kava drinks call for an equal amount of the Kava chips and the lateral Kava roots. Here at Kava.com, unless it specifically states otherwise, all of our Noble Kava root is a harmonious blend of both parts of the Kava plant.

Prices are typically the same for the high Kavalactone lateral roots and the lower Kavalactone chips, so there must be a reason for this. We think it’s because both are needed to make the best drinking Kava possible. Years of consumption here at Kava.com and tens of thousands of happy customers over the past nearly 20 years online continues to confirm what we’ve known all along: It’s not the strongest Kava that makes for the best and most pleasant Kava experience; it’s the best blend of Kava roots that give the most pleasurable and memorable Kava experience.