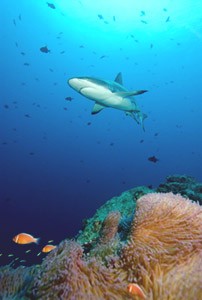 The South Pacific nation of Fiji has a rich tradition of storytelling: to this day, Fijian locals like to sit around the fire in the evenings and relate traditional stories of Fijian gods, famous places, and mythical events, all while sipping bowls of fresh kava. Fittingly, kava has a place in Fiji mythology as a beverage that contains knowledge for humans, and drinking kava is closely linked to the Fijian oral tradition. Like many other South Pacific cultures, Fiji mythology involves a large pantheon of nature spirits connected to local places, many of whom protect or impart wisdom to humanity. Legend has it that the snake god Degei gave kava to the first people as a way to remain connected to nature’s wisdom.

There’s a deity for almost every animal or natural phenomenon in Fiji, but the snake god Degei is probably one of the most important in the mythology of Fiji. In the beginning, it is said that Degei lived alone on an island with only his friend, a hawk named Turukawa, for company. One day Turukawa disappeared, and when Degei went looking for her he discovered her abandoned nest with two eggs in it. Degei took the eggs home and nurtured them; after several weeks the eggs hatched, revealing two tiny humans. Degei raised these first people, growing crops for them to eat and telling them stories that explained the nature of things.

According to the legend, these two humans and their children were the ancestors of all Fijians. Later on, Degei is said to have traveled through the ocean with them to the island of Lautoka where he established the village of Viseisei, believed to be the first Fijian settlement. This important snake deity also created the smaller islands such as Viti Levu before retiring from the world of humans. Degei is believed to live in a cave in the Nakavadra mountain range, where he passes judgement on the souls of the dead.

One Fiji myth tells that as part of his stewardship of the first people, Degei passed down two important crops to humans through his three sons. The first was vuga, a type of hardwood tree; the other, of course, was kava kava. The story goes that Degei passed down vuga and kava to humans so they might gain wisdom and remain connected to the gods through these plants. And today, it is often said that kava grows wherever the descendants of the first Fijians reside.

Fiji mythology also features deities of the harvest, sea deities, and deities attached to certain places. One famous god is Dakuwaqa, a shark god who used to go around attacking islands and challenging other sea gods in battle. When Dakuwaqa was going to attack the island of Kadavu, he was challenged and defeated by the octopus god (or goddess, in some versions) that served as guardian of Kadavu. Dakuwaqa pledged to cease his belligerent ways, and ever since he has been the guardian of Kadavu and of fishermen, protecting them from dangerous weather at sea.

There are so many folktales and myths of Fiji that we can’t hope to tell them all here. For the curious, perhaps the best way to hear more Fiji mythology is to visit the Fiji islands. If you’re lucky enough to be invited to a village, take a seat around the fire, relax, sip some kava, and listen.