Truth Behind the Demonizing of Kava and False Liver Damage Claims

The use of Kava as a natural remedy for anxiety, insomnia, and various other maladies has been gaining traction in the past 20 years. As more people have become aware of the potential benefits of this medicinal herb, pharmaceutical companies have reportedly become increasingly worried. Many have gone so far as to try to demonize Kava, citing unsubstantiated claims that it is unsafe and carries serious health risks. 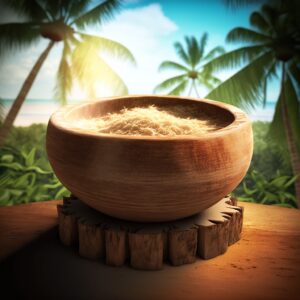 An initial major attack on kava came from pharmaceutical giant Pfizer in 2001. Pfizer had recently released a new anti-anxiety drug called Zoloft and was reportedly concerned that kava could be seen as an alternative treatment option for anxiety disorders. To combat this threat, Pfizer launched an aggressive campaign against kava that included false claims about its safety and potential side effects. The company even went so far as to suggest that taking kava could lead to liver damage or death.

This campaign was successful in creating fear around the use of kava and helped cause several countries banning it outright or restricting its sale. It is believed by some that it may have fueled the German study by the BfArm in 2002.

The German Kava Study was at the heart of the worldwide banning of Kava is a controversial study conducted in 2002. The study was designed to assess the safety of kava, an herbal supplement used to treat anxiety and insomnia. The results of the study suggested that kava could cause liver damage, leading to its ban in Germany and other European countries.

However, subsequent research has cast doubt on these findings, suggesting that the results may have been exaggerated or misinterpreted.

The German Kava Study was conducted using a randomized double-blind placebo-controlled trial design. A total of 107 participants were recruited from two medical centers in Germany and randomly assigned to receive either kava extract or placebo for four weeks. At the end of this period, participants underwent liver function tests as well as psychological assessments.

These findings led BfArM to issue a warning about potential risks associated with taking kava supplements (BfArM, 2003). This warning resulted in a ban on sales of kava products throughout Europe until further research could be conducted into its safety profile (Gruenwald et al., 2004).

Subsequent studies have found that these initial findings may have been exaggerated or misinterpreted due to methodological flaws such as inadequate sample size and lack of control groups as well as outright wrong and false (Pittler & Ernst, 2005; Sarris et al., 2011; Sarris & LaPorte, 2012).

Regardless of the facts, the damage had already been done.

Despite this evidence, pharmaceutical companies continued to spread misinformation about the safety of Kava supposedly in order to protect their own interests. For example, GlaxoSmithKline ran a television ad around that same time claiming that taking Kavalactones can cause liver damage without providing any scientific evidence for this claim.

This type of misinformation is dangerous because it can lead people away from potentially beneficial treatments like Kavalactones while also discouraging further research into their potential benefits.

The campaigns were successful in creating fear around the use of kava and resulted in several countries banning it outright or restricting its sale.

Despite these bans, research into the safety of kava has consistently found no evidence of any serious health risks associated with its use. Ignored by so many is the 3,000 year track record Kava has of safe and effective use throughout Oceania.

While there have been rare cases of liver toxicity associated with kava use, these cases are extremely rare and usually occur when people take very high doses of the herb or combine it with other drugs or alcohol over extended periods of time.

There’s no igoring the fact that Kava is a natural remedy, and thus a potential competitor to pharmaceuticals.

Pharmaceutical companies have a vested interest in maintaining the status quo, and thus have also sought to discredit Kava and its potential benefits. Their tactics have included the propagation of misinformation about Kava’s safety, as well as campaigns to paint it as a “dangerous” substance.

In 2002, as a result of this concerted campaign by multiple “reputable” sources in 2001 and 2002, the U.S. Food and Drug Administration (FDA) issued a warning about potential liver toxicity associated with kava use, based on reports of liver damage in Europe and Canada, and specifically, the German study conducted by the BofArm. (The BfArM is a departmental research institute of the German Federal Government which conducts its own as well as independent research in order to fulfill its agendas. – https://www.bfarm.de/EN/BfArM/_node.html)

A few referenced facts regarding the key points above:

01. This warning was later retracted after further research showed that the cases of liver damage were likely due to other factors such as pre-existing medical conditions or interactions with other medications.

02. A study published in the journal Phytomedicine found that pharmaceutical companies had funded studies which exaggerated the risks associated with kava use while downplaying its benefits.

03. An exhaustive study published in a booklet in 2007 called “Assessment of the risk and hypatotoxicity with kava products”, the World Health Organization has stated that “there is no evidence of any serious adverse effects from long-term consumption” of kava when used responsibly. They also concluded, among others, that “many subsequent studies have found that the risk of liver damage from kava is extremely low and that it is safe for most people when taken as directed as stated.”

04. A systematic review published in 2018 concluded that “kava appears to be safe when taken at recommended doses for up to 24 weeks” and noted that there was no evidence linking it to liver toxicity or other serious side effects.

The vast majority of cases of liver toxicity are linked to the use of Kava in combination with other drugs, particularly alcohol, and thus have little to do with the herb itself. In fact, there is even evidence suggesting that Kava may actually protect the liver from damage in certain cases.

In addition, some experts believe that pharmaceutical companies may be using scare tactics to discourage people from using natural remedies like kava instead of prescription drugs (2).

For example, one study found that pharmaceutical companies funded research on kava’s potential side effects while ignoring its benefits (3).

This has led some researchers to suggest that these companies are deliberately trying to discredit natural remedies like kava in order to protect their own profits (2).

False information about kava includes claims that it is a dangerous drug with serious side effects, such as liver damage.

Additionally, there have been no reports of addiction or withdrawal symptoms associated with kava use.

False information about kava, a plant-based supplement used to treat anxiety and insomnia, has been circulating in the pharmaceutical industry for some time. Kava is often marketed as a natural alternative to prescription medications, but there are several misconceptions about its safety and efficacy because of botched studies, misinterpreted results, outright Fake News campaigns, and subsequent re-hashing of false claims across countless websites worldwide.

The most damaging and lingering false claim is probably that kava can cause liver damage.

However, subsequent studies have shown that this risk is only present when taking extremely high doses of concentrated extracts or consuming large amounts of traditional beverages made from parts of the plant other than pure ground kava root (5).

Furthermore, WHO has since revised its guidelines on kava use and concluded that it can be safely consumed at recommended doses (6).

Another false claim is that kava can interact with other medications or supplements. While it’s true that certain drugs may interact with components found in some forms of kava extract, such interactions are rare and usually mild (7).

In fact, research suggests that combining certain types of antidepressants with low-dose kava extract may even be beneficial for treating anxiety disorders (4).

Finally, there have been reports linking long-term use of high-dose extracts to neurological side effects such as drowsiness and confusion. However, these reports were based on isolated cases rather than systematic studies; furthermore, they did not take into account potential confounding factors such as pre-existing medical conditions or other medications being taken concurrently (8).

Overall, there is evidence suggesting that pharmaceutical companies may be demonizing kava in order to protect their own profits. While more research is needed on this topic, it is important for consumers to be aware of the potential bias when evaluating information about natural remedies like kava.

While there are still many unknowns surrounding the safety and efficacy of using different forms of kava supplements for medicinal purposes—as is true for any herbal remedy—the evidence currently available does not support many commonly held beliefs about its risks or interactions with other substances. Therefore it’s important to consult your healthcare provider before taking any form of this supplement so you can make an informed decision based on your individual needs and circumstances.

In conclusion, many seemingly trustoworthy and reputable sources have demonized Kavalactones by spreading false information about their safety and potential side effects without providing any scientific evidence for these claims. This is done primarily out of self-interest rather than concern for public health and should not be taken seriously by consumers looking into alternative treatments like Kavalactones for anxiety disorders or other conditions.