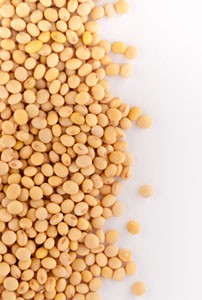 On the list of kava accessories we offer on Kava Dot Com, you may have noticed a humble product called soy lethicin being sold alongside the muslin bags and coconut bowls. Soy lethicin appears on the ingredients list of foods from tea to yogurt, and even in asthma inhalers and other medical products. This is because it is a virtuoso binder of all kinds of heterogeneous compounds that would not otherwise mix together. For instance, by adding a little soy lethicin to your kava drink, you can create a stronger kava extraction with even more satsifying effects. Read on to discover how to use soy lethicin when preparing a traditional kava drink.

Lethicins are a class of oily compounds derived from both plant and animal sources (soy beans and egg yolks). As a byproduct of making soy bean oil, soy lethicin is very cost effective to produce and is among the top 10 additives to processed foods. Luckily, due to its high choline content, soy lethicin also supports a healthy brain and heart*, so some people take it as a dietary supplement.

Soy lethicin appears in these many different foods primarily as an emulsifier, that is, an ingredient that binds together two or more other ingredients that would not stay combined otherwise. For instance, soy lethicin may be added to chocolate to prevent the cocoa and cocoa butter from separating to produce chocolate bloom.

Furthermore, take kava, a drink traditionally made by pounding or kneading the kava root into cold water. Many of the active kavalactones that give kava its pleasurable relaxing effects* are actually not soluble in water; in centuries past, indigenous South Pacific islanders chewed the kava root to bring out some of these compounds, as it is believed that human saliva may increase the extraction of kavalactones. Today, the answer to kava’s tricky chemical composition is to add some pure soy lethicin to the brew as it steeps.

Besides offering it separately on Kava Dot Com, some of the Instant Drink Mixes in our Kava Marketplace also contain soy lethicin as a binding agent and emulsifier. Luckily, for the most part even people with soy sensitivities can still consume soy lethicin because it contains no soy protein, the constituent that usually causes sensitivity in some people. However, since some people are sensitive to both soy protein and lethicin, we thought we’d wrap things up by mentioning a few alternatives to soy lethicin for those who want a richer kava brew but cannot use soy lethicin.

First of all, the extraction method above can also work with other vegetable and even animal fats that will dissolve the fat-soluble kavalactones in the kava root. Some examples that can be added to a kava brew to make a tasty drink include animal milks, nut milks such as almond and coconut, or oat milk. Some people simply add a bit of a relatively tasteless vegetable oil to the kava brew as it’s steeping. Our kava tinctures and concentrated kava pastes also contain no soy lethicin and are formulated for quick absorption and satisfying effects.

*These statements have not been evaluated by the Food and Drug Administration. This product is not intended to cure, treat, diagnose, or prevent any disease.