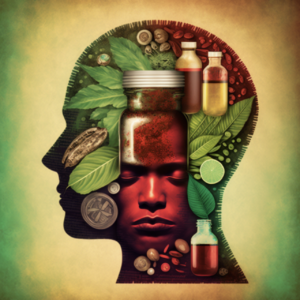 In recent years, a number of studies have been conducted to evaluate the efficacy and safety of kava. In fact, from our research and the research conducted by the World Health Organization on the Safety and Hepatotoxicity of Kava, there are now well over 100 studies widely available.

After an exhaustive search, a pattern emerged in relation to the most effective uses of kava. Three uses seemed to be studied / mentioned more than any other. In order, they are:

And, that opinion is based on the research studies that have been conducted on kava. I specifically focused on systematic reviews and meta-analyses, randomized controlled trials (RCTs), and observational studies. Why? – Because these studies provide a comprehensive overview of the current research on specific topics.

Also, in Pacific Island cultures, where kava has been used as a natural remedy for anxiety, stress, and insomnia for thousands of years — there is a mountain of anecdotal evidence that supports the findings of scientific research studies.

As a dietary supplement, we cannot make any claims that Kava can diagnose, prevent, or treat any diseases. So, I want to be clear that I am simply presenting the evidence and the opinions expressed in that evidence. It’s always important that you do your own research, and consult a medical professional familiar with Kava before trying any personal treatment plans on your own.

Example Studies on Kava for Stress and Anxiety

Here are a few of the growing number of individual studies that are easy to find online:

And then a few that were used for this article, but may not be as easy to find online for free:

These are some references to just a few of the studies that have been conducted on Kava. This is far from an exhaustive list and more research needs to be done to fully understand the effects and potential risks of kava. I quote the book often, but it is such an amazing, albeit slightly outdated reference, as it was published in 2007; the “Assessment of the risk of hepatotoxicity with kava products“, which was available freely online as a PDF as of this writing.

However, it’s important to note that more research is needed to fully understand the effects of kava in treating these conditions. And, as always, it’s important to consult with a healthcare professional before using kava for any specific medical condition. It’s also important to not consume kava in excessive amounts as it can lead to negative side effects such as drowsiness, dizziness, and confusion.

To continue your own research into the safe and effective use for Kava for a variety of conditions, I recommend looking into other systematic reviews and meta-analyses that have been conducted on kava. These types of studies typically provide a comprehensive overview of the current research. Additionally, I recommend looking into randomized controlled trials (RCTs) and observational studies that have been conducted on kava in specific populations, such as older adults, children, and people with specific medical conditions.

With the growing number of freely-available studies online, its my hope that the flood of negative information regarding kava will start to be balanced, and maybe eventually outweighed by the truthful and positive information. Interest in kava continues to increase, and I have seen a steady stream of independent studies on kava over the years. I don’t see that stopping anytime soon.

The Future of Kava in the Mainstream

After more than 30 years in the kava industry, it’s still impossible for me to predict what place kava will settle into. Just when I think kava is going to take over the world and hit the mainstream, interest wanes and kava sinks back into the background. It is a bitter root that needs to be properly prepared. The effects of the kava drink only last about 1-2 hours per serving (but can be refreshed every 1-2 hours). It is more accessible now that its available in multiple forms (see our Kava Marketplace), but it still seems to be less desirable than many other options that exist out there such as alcohol, Cannabis, and simple pills that can be popped via prescription medication.

The massive plus for kava in my mind, is the fact that it’s all-natural. It’s a proven safe alternative to so many options that are clearly detrimental to our health. Yes, it may be a bit more effort to enjoy all the benefits kava has to offer, but then doesn’t anything worthwhile in our lives have the same price?

Either way, based on the growing body of research on its potential benefits for anxiety and other mental health conditions (as well as its traditional use in Pacific Island cultures), I still firmly believe it’s possible that kava may become more widely used as a natural remedy for these conditions. It’s my hope that kava continues to gain popularity for other conditions, such as depression, insomnia, and chronic pain.

With more research, a better understanding of the safety and efficacy of kava will be available, and this may also lead to more mainstream usage. It will be difficult to overcome all of the false and misleading information that has been posted about kava over the past quarter decade (as of this writing). But this is why I continue to fight the good fight, writing as many well-researched articles on the safety and effectiveness of kava, and salute all those professional researches who are passionate enough about this ancient (and sacred in many cultures) plant.

Because of the mainstream bias against kava, I always recommend consulting with healthcare professionals who have experience in using kava in actual clinical practice. Some great examples of completely qualified individuals could include such as naturopaths, herbalists, or traditional healers. They will likely have unique insights into the safe and effective use of kava that can complement the findings of the research studies.

It’s also recommended that kava is not used with alcohol or other sedative medications. There are no known interactions that I have seen between kava and prescription medication. But, kava does have potentially strong psychoactive effects, and this can intensify the effects of any medications that may be ingested at the same time.  I have also seen research that suggests Kava should not be used for more than 6 months without consulting your healthcare provider. Personally, I have consumed Kava almost daily for over 20 years, have been to the doctor multiple times in that period, have had more than a few blood tests, and I have come up normal every single time.

And yes, the FDA has issued a warning about the potential risk of Kava containing kava-containing dietary supplements.

Knowing al of this, it makes it even more important that you buy your kava supplements from reputable sources (shameless plug – like KavaDotCom) and always consult with a healthcare professional before taking any supplement.